Nonliner and the ultra-connected user in the technology landscape

As Eric Schmidt, Google´s Executive Chairman, held his keynote at Mobile World Congress these days in Barcelona he pointed out: the number of people in the world has now reached 7 billion, but the number that have been online are only at 2 billion. He noted as well that there are just as many mobile connections in the world today as there are people who are not online: 5 billion nonliners to date.

But we can see today the markets first LTE connected devices with high speed data and I am sure that the ultra-connected users will switch shortly. But what about the reluctants and unconvinced, more or less nowadays feature phone users?

Google´s Android is registering 850,000 activations per day and has approx. 300 million activated devices in markets worldwide. And production costs and endconsumer prices for smartphones will still continue to decrease. Interesting conditions for Amazon, Apple, Google and Microsoft to develop their markets.

So we have a bunch of new products announced in Spain: e.g. from Nokia, Samsung, Huawei – the new portfolio of Sony Mobile, the All-in-one from ASUS, the new MTV App and more.

Btw: Cupertino just sent out the invites for the Apple iPad 3 launch event in San Francisco on 07th March a few hours ago.

I am sure to hear similar numbers and industry facts in keynotes at CeBIT next week in Hannover.

Can´t wait to see all these new gadgets in Summer 2012. On travel, in street cafes and elsewhere.

Could be a different event entertainment experience in terms of the EURO 2012 Soccer Cup. Let´s think mobile! 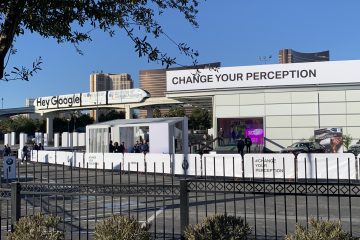