| My key takeaways from the SingularityU Germany Summit 2018

AI and Robotics
The development of artificial intelligence and machines has reached a point where we cannot avoid talking about ethics and morality. Machines are now able cooperate and interact with humans, and even produce things, for instance. At the beginning of May this year at the Google Developer Conference, Google’s CEO Sundar Pichai showed how GoogleDuplex is able to use AI to autonomously schedule a hair appointment or make a restaurant reservation. The conversation seemed so real, it is unlikely the human third party noticed that it was a machine on the other end of the phone call.
So, what exactly does this mean for customer service, sales and marketing, for example? It is now necessary to rethink entire corporate processes – and not just in production.

Cyber Security
The resulting cost, the required knowledge and the existing maturity and networking have given me new insights into cyber security. Whether DDoS (Distributed Denial of Service) attacks, misuse of data or fake news, the threatening situations and opponents are so complex that the job description for CTOs and authorities may as well start including paranoia. In our era of digitization, everyone, whether private or public individuals, companies or institutions, needs to be more aware that a threat affecting them directly or indirectly can arise any minute anywhere in the world. The importance of this simply must not be underestimated! We need to become more knowledgeable and act consciously and responsibly. The new European Union GDPR certainly gives us food for thought!

Organizational design
The world is changing – and with it the world of work and its processes. Take for example agile project management with Scrum, corresponding to development sprint or shared services. They all require different working conditions. Who has to interact, or not, with whom and how? Working conditions, processes and environments – leadership models such as OKRs (Objectives and Key Results), which haven prove their worth in the start-up scene – must adapt to the developments and be rethought. We should not assume that the organizations can optimally master this transformation in old working environments. From my point of view, the next step is introducing direct technologies into physical working environments, such as in the context of the Internet of Things (IoT).

The transformational power of a moonshot
Nothing is as powerful as a good idea! With his mission to the moon, John F. Kennedy once injected the nation with new spirit, which developed into a positive chain reaction that electrified the world in a positive way. Such a great idea and vision for humanity grew out of the race with the Soviet Union. Vodafone, Audi and Part Time Scientists GmbH now want to write the next chapter in this story. Thus, a Vodafone 4G/LTE wireless network will provide communication between the landing module and the two Audi lunar quattro vehicles. The idea is so great and inspiring. However, Germany wants to really step it up a notch with 5G and FTTH here on Earth. This digital network infrastructure is a central building block and a critical aspect for the digital future in our country.

Decentralization of stored data
Digital giants such as Apple, Google, Facebook and Microsoft continue to grow. As the giants acquire company after company, the new gold mine of our time – the data ocean – is growing exponentially. It is only too easy to lose track of where and to whom you have given your consent to use your personal data. Let’s consider for instance how quickly we authorize access to our personal data on social networks, which promise us a supposed simplification and better product experience in cooperation with other apps.
Who knows what will happen behind the scenes afterwards? In addition to these giants, governments, regimes and money/payment systems are another important area that strongly supports data decentralization. Take China, for example, with its social scores or Alibaba’s Sesame Credit. Social scores reward or sanction the behavior of citizens, such as by excluding them from services or facilitating or even restricting their civil liberties. When we quite naturally order goods and services, communicate or execute financial transactions using apps like WeChat, our digital footprint creates a wealth of data that can also become thoroughly unhealthy. WeChat is linked to Chinese ID cards and is suspected of using texts, words or even suspicious images to subject certain individuals to state censorship. If we look at current monetary systems in the same context, totalitarian regimes are also suspected of misusing their knowledge and the handling of personal data, through inflation or by freezing accounts, for example. Why can’t we have a globally valid means of payment in a digital world that can protect the individual from unwanted outside access? In my view, both payment systems must coexist peacefully. There is currently no point in either demonizing or even forbidding the new systems, or completely abolishing the old one. What would our data-driven world look like if cash no longer existed? Do we want total transparency and, if so, under what conditions?

Blockchain & Cryptocurrencies
In the context of the discussion at the Summit, the importance of blockchain as the central technology of the future once again became the focus of my attention – independent of discussions about its power consumption. Incidentally, hardly anyone has ever explained how the transaction and system consumption data of credit cards or remittance systems works. In that regard, I feel this remains a pseudo argument of blockchain opponents. In my opinion, the key sticking point of the technology remains the private key, which is needed to change the transaction history, for example, to complete a deal and replace it the event it is lost. It would only be considered a mass-market solution if I could generate a private key several times and transfer it to my brother, my mother or a friend for emergency purposes, for instance. However, the possible number of technically feasible transactions per second still remains a problem. This would probably have to be at the service level of today’s debit or credit card transactions to reach the mass market. But – and this is made evident by the various cryptocurrencies, such as Bitcoin, Ethereum and others, all of which are based on blockchain technology – the market and the niches for the various systems are developing rapidly and well. At the end of the day, however, one thing must be clear, there is no “right to forget” systematically provided for in the blockchain!

Augmented & Virtual Reality
The triumph of augmented and virtual reality is – last but not least – my final personal take-away. Whether in the world of games, learning or sales. These technologies are used everywhere, and the possibilities increase daily. Today, Walmart virtually trains its points of sale for Black Friday sales, and now completely different user groups are following suit.
Parallels can be drawn to developments in the mobile phone market with smartphones. While PC equipment, and especially expensive graphics cards, were the source of high costs, we are achieving new price dimensions with the new “Occulus Go” for instance. From my point of view, there will now be a rapid growth in users and applications – and not just in game rooms or laboratories. The successors of GoogleGlass from INTEL and other manufacturers will change how we experience even ordinary everyday life on the streets – from POI-related geo and offer information in our field of vision to new worlds of experiences. 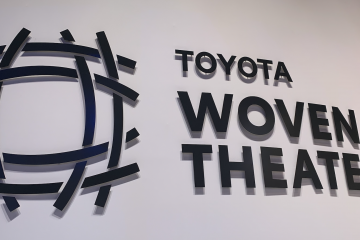